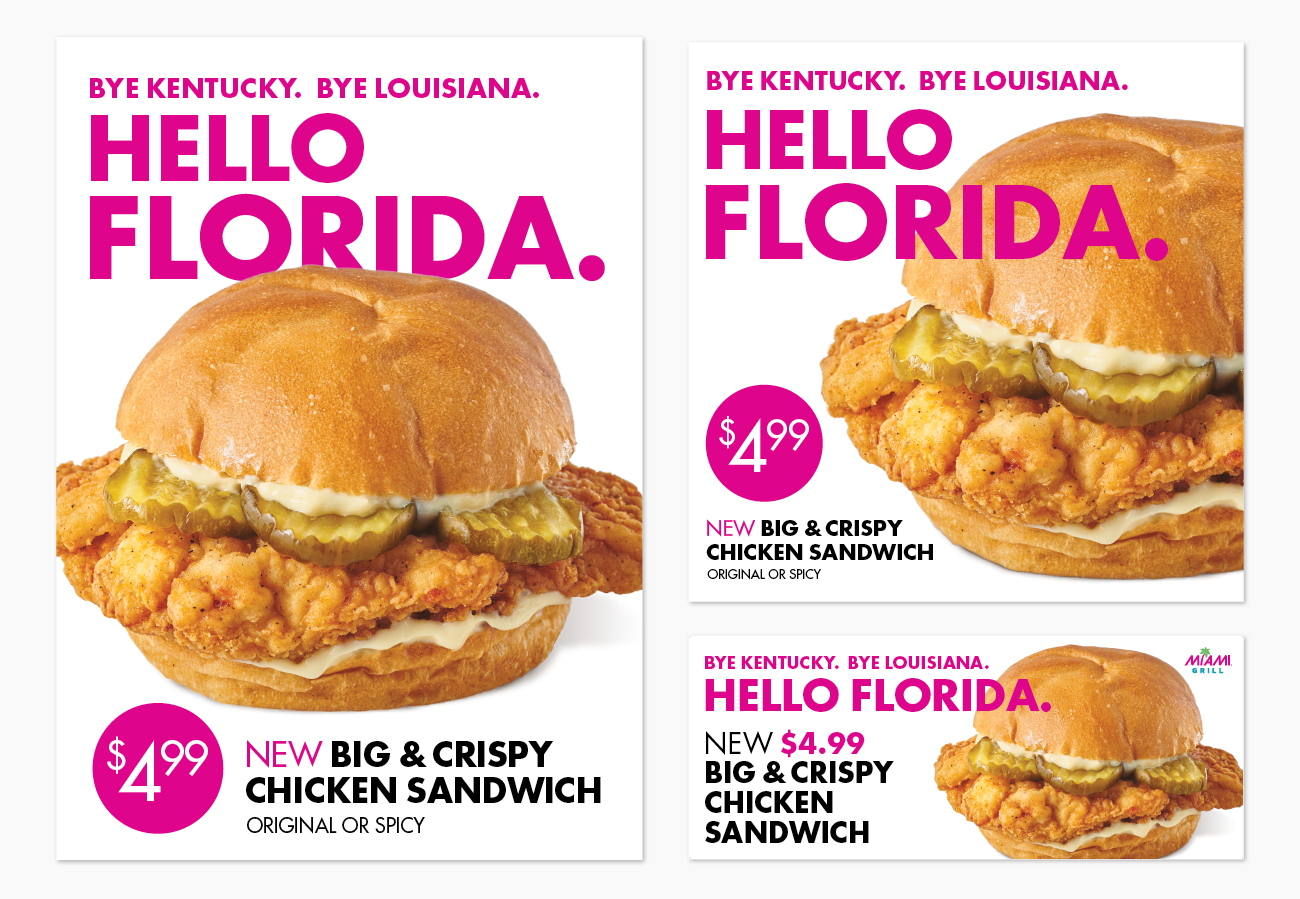 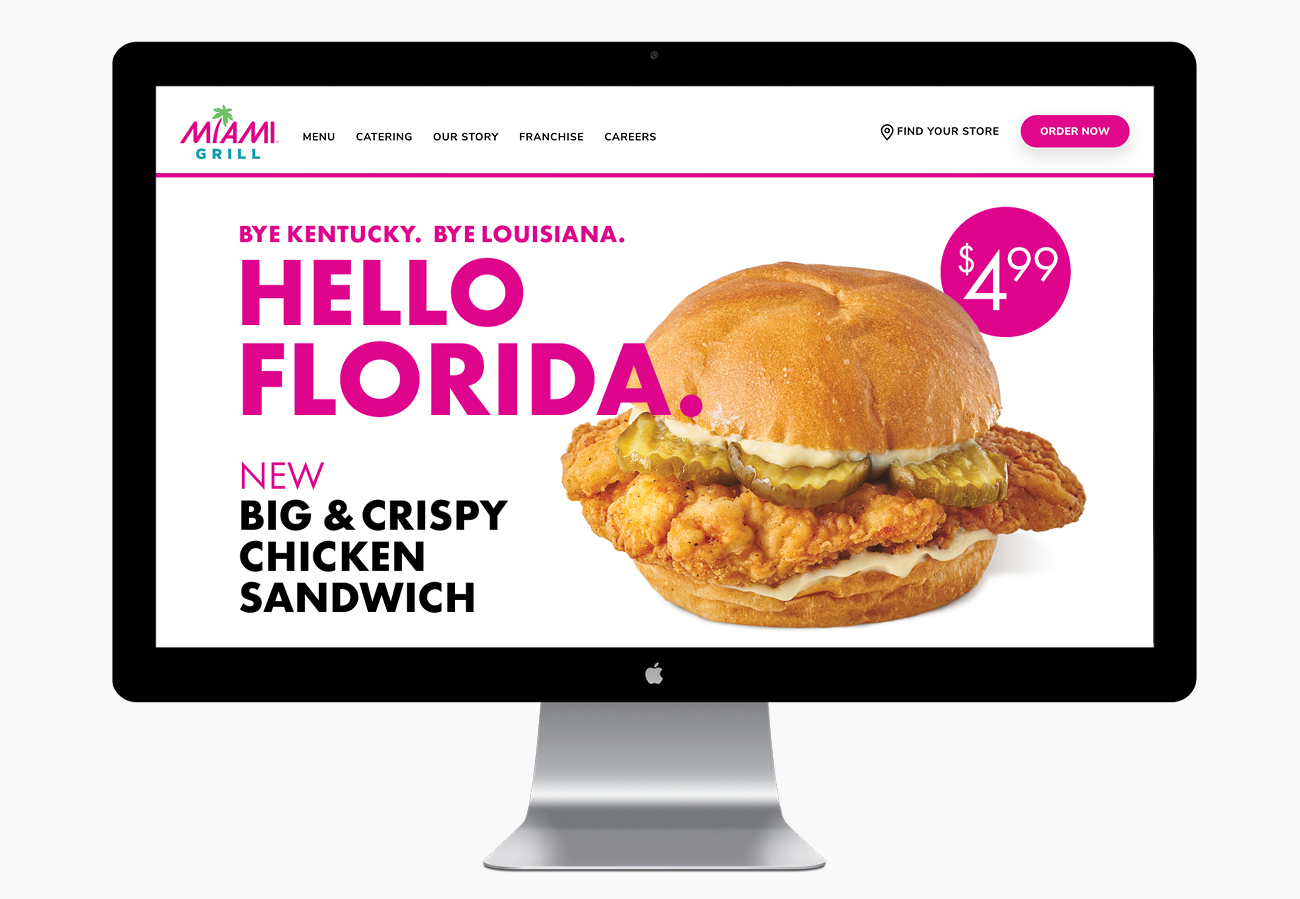 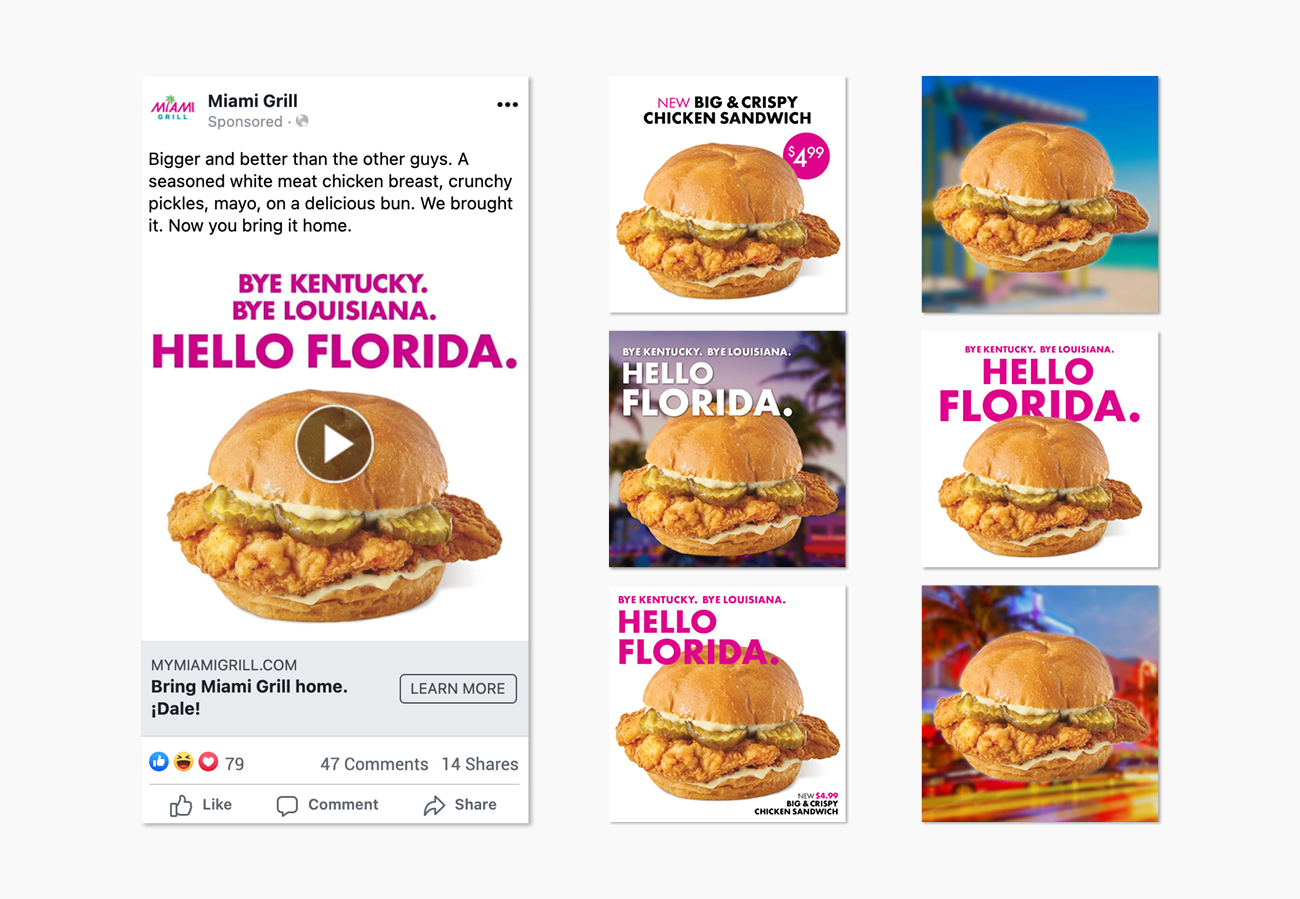 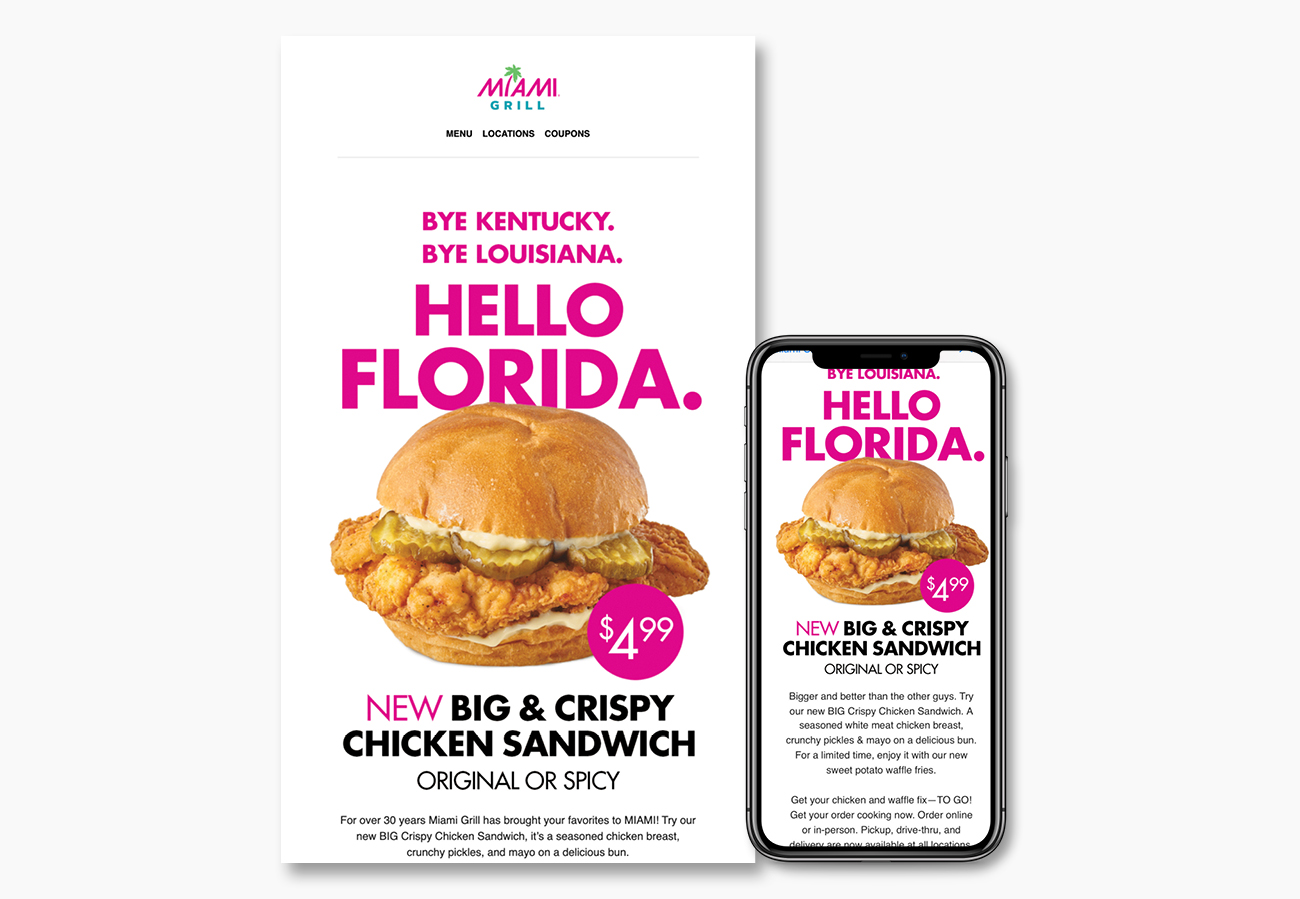 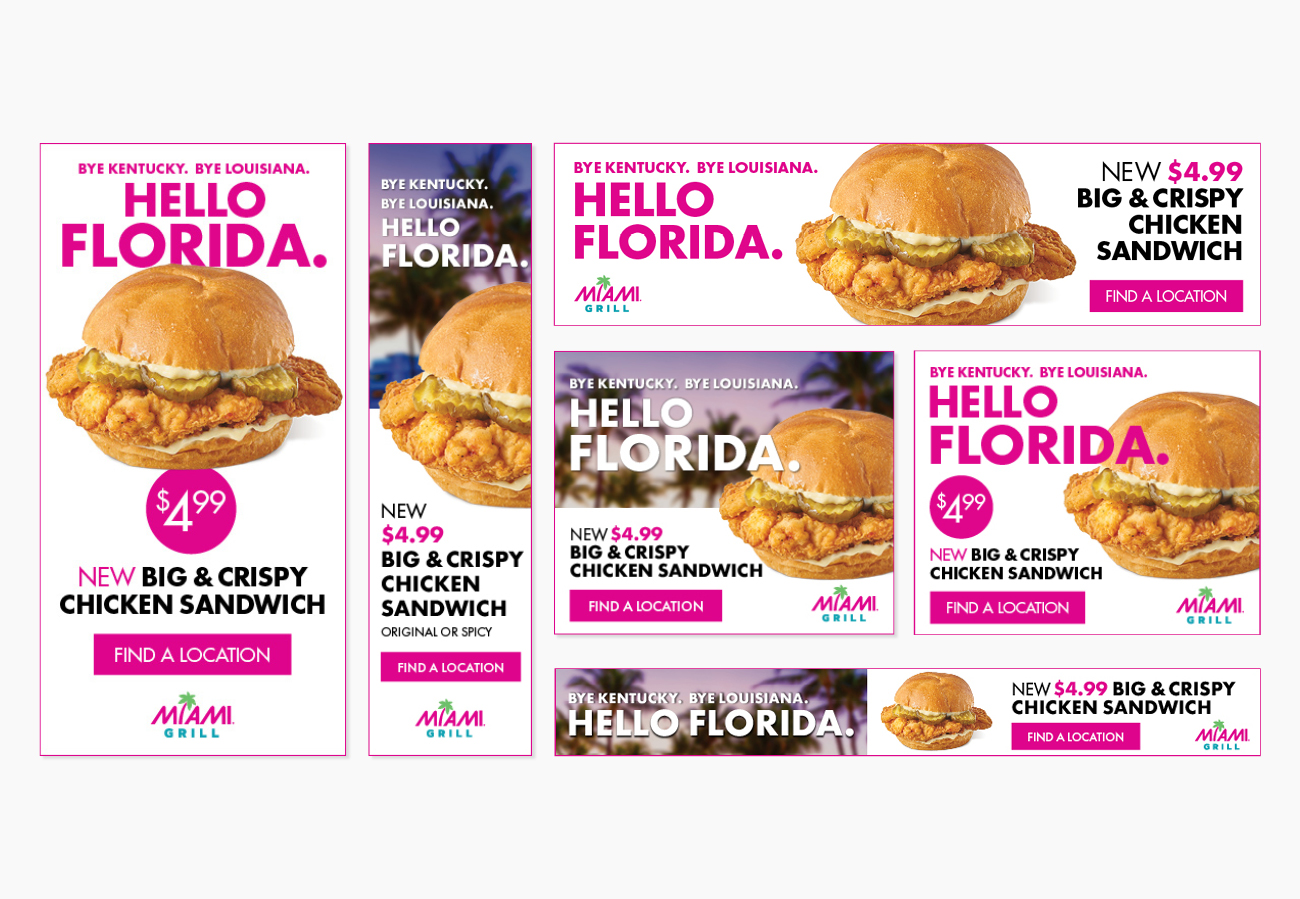 Miami Grill is considered an iconic South Florida fast-casual staple. For the release of their Crispy Chicken Sandwich, Miami Grill wanted to have a unique (and fun) campaign announcing the arrival of their sandwich. The campaign that was created cheekily called out other famous and well-known chicken sandwich places, but without stating who they were. By focusing on the location, we were able to tie in Miami Grill’s large Florida presence as well as announce that they were joining in the so-called “Chicken Sandwich Wars.”